We often get questions from new players like, “Are escape rooms scary?” Escape rooms are still a new gaming concept to a lot of people. If they’ve never heard of it before, the name Escape Room may lead them to think that there are dangers or things to be afraid of in our games. But this is a common misconception.

I like to think that escape rooms are like living the climax of a real life movie. And just like movies, escape rooms have many different genres. Yes, there are horror escape rooms, and those are definitely scary, but you also have fantasy, comedy, suspense, action/adventure etc.

To learn more on how to beat your first escape room, check out our other blog, How To Escape The Room, 4 Valuable Tips!

Below I’ll answer a few common questions about escape room worries and calm the fears of any curious new players.

Escape rooms can be scary if they are a horror themed game. In a horror escape room it’s common to be in darkness, see blood and gore decor, hear scary music and sound effects, and sometimes even have actors who will jump out at you! It’s similar to what you’d find in a haunted house, but with the addition of fun puzzles and challenges.
If horror is not you
r thing, then you’ll want to pick a different escape room theme. Try fantasy or comedy themed games and you’ll be just fine.

To see how scary escape rooms can be, check out this video of Ariana Grande and James Cordon trying to escape!

As mentioned before, horror escape room may be designed esthetically like a haunted house, but with the addition of puzzles and challenges. Instead of just walking through a space and being scared along the way, you will spend more time in each room solving challenges and revealing the mystery. A horror escape room is a more interactive player experience than a haunted house.

But don’t forget, only horror escape rooms are scary. There are many other genres available that will not be scary at all.

Do escape rooms have jump scares?

Best way to answer this is: sometimes. There are different types of jump scares that can occur in escape rooms. For example, in a horror escape room there may be an actor dressed like a zombie who jumps out at you from a hidden corner. That can be very frightening and surprising.

Other times, a key or some sort of small item may fall and hit the ground causing a loud sound. This would be much less frightening, but would still be considered a “jump scare”.

Unexpected things will happen in an escape room. That’s part of the fun of uncovering the mystery and progressing through the adventure of the game.

If jump scares are a worry for you, then you should definitely avoid horror themed games. You can also call the company in advance and ask if there are any jump scares to be concerned about. Never be afraid to express your worries to any escape room company. They want to ensure you have a great time and will suggest the best game for you.

Most escape rooms won’t be an issue for a person with claustrophobia. Generally, escape rooms are just a series of rooms connected by doors. Standard 12’x12’ spaces designed to fit a certain number of players.

If the feeling of not being able to get out is a worry, then you can always ask your Game Master to keep the entrance door cracked open for you. This way, you can feel calm and confident that you can get out of the room at any time.

Some escape rooms may have narrow passages or small spaces that you’ll need to go into. Once, I went to play a horror escape room that started with me being locked inside a coffin in complete darkness having to find my way out. So there are definitely some escape games that will have tight spaces.

If claustrophobia is a concern, make sure to call the company before you book and ask if there are any cramped spaces in their escape rooms. If there are, they’ll be able to suggest a game that doesn’t. Be honest about your claustrophobia, the company wants to make sure you feel safe and have a fun time.

I would say the majority of escape rooms would be fine for a person who has claustrophobic tendencies.

Are you really locked in a room?

But! Keep in mind that escaping out of the door you entered from is NOT winning the game!

The doors that you have to go through to win the game will always be locked. Your path is always forward in an escape room. You must solve a series of puzzles to unlock each door and eventually progress to escape the room.

Escape rooms are not dangerous. Even if you’re playing a horror game, it’s just like the movies, it’s just a story and effects, no one is going to hurt you.

There is a chance that you may hurt yourself, by tripping over something, being too forceful with items in the room, or touching an electrical socket because you thought it was a puzzle. To avoid any confusion like this, make sure to listen to your game master.

Always listen when the Game Master is telling you the rules of the escape room. They will do this when you arrive for your game and before you start playing. Your game master may alert you to not touch certain things in the game room like an electrical outlet, sprinklers or visible wiring.

Do escape rooms cause anxiety?

Escape rooms are a race against time. You have 60 minutes to solve all the puzzles and unlock the mystery that allows you to escape the room. The need to “beat the clock” definitely raises the excitement level in the game.

If you have severe anxiety you’ll have to decide whether or not escape rooms are for you. You will be problem solving and working with others, all while racing against time. These are challenging, exciting and extremely rewarding games.

Most escape room companies design their games to be appealing to all ages. By designing games like this they increase their reach of customers. So most escape rooms in your market will be great for kids and family outings.

Since most escape room games are designed for all ages, it’s best when adults are playing the escape room with young kids (less than 10 years old.) Younger kids may struggle to stay focused on the tasks in the game, or need a nudge of support from a parent or sibling. But this does not at all mean they don’t have fun.

Young kids love the fantasy world of escape rooms. They easily fall into the immersion of the game, way more than adults. They also have the ability to think outside the box better than adults and can contribute quite a lot to winning the game and escaping the room.

If you want to host a group of young children only, you should find an escape room that is specifically designed for kids of that age range. Call ahead to the escape room companies in your area and ask for games that accommodate young children.

Lastly, when choosing an escape room for kids, make sure to choose the right genre. There are many fantasy games related to wizards, castles and fairy tales. So pick a theme your kid will love and go on an adventure together as a family!

Now that your fears are calmed and questions are answered. Consider booking your first escape room at Clockwise Escape Room Boise. We have a comedy, fantasy and suspense game, great genres that will appeal to escapers of all ages. And don’t worry, we don’t have any scary horror games! Book now! 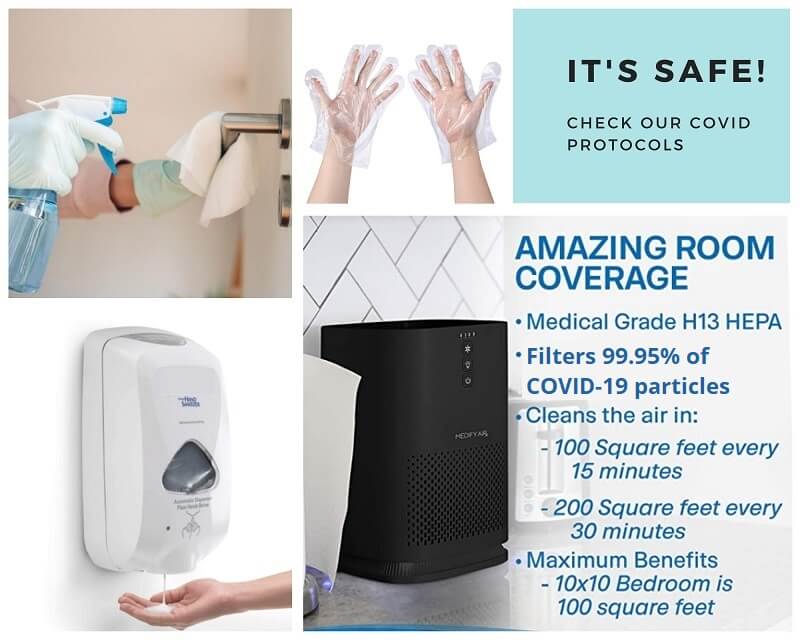